Boxwood, “Man’s Oldest Garden Ornament,” was introduced to North America from Europe in the mid-1600s and reached its peak popularity in the United States in the 19th century. Horticultural interest in the genus Buxus is maintained today by many nurserymen, landscapers and homeowners.

While the most familiar forms are what are commonly referred to as “American” (Buxus sempervirens) and “English” (Buxus sempervirens ‘Suffruticosa’) boxwood, there are 97 species and 261 valid cultivars, each exhibiting a wide variety of forms and foliage. Further information about proper cultivation, cultivars suitable for landscape applications, and suppliers of boxwood is included in several ABS publications.

When and where was the the first boxwood planting in America?

The first planting occurred about 1653 at Sylvester Manor on Shelter Island, the NW part of Long Island in New York, using boxwood brought over the Atlantic Ocean from Amsterdam.

What are some boxwood plants recommended for the landscape?

As boxwood blight begins to dominate, more and more attention is being paid to cultivar selection. All boxwood species, varieties, and cultivars are susceptible to this disease. However, their susceptibility levels differ greatly with some species and cultivars being much more susceptible than others. According to Dr. Kelly Ivors of North Carolina State University who evaluated over 70 cultivars commonly-used in the U.S., the ten least susceptible cultivars are Green Beauty, Northern Emerald, Wedding Ring, Wintergreen, Golden Dream, Winter Gem, Nana, Franklin’s Gem, Wee Willie, and Richard. Nine of these are Asiatic cultivars belonging to B. microphylla or B. sinica, while Richard is a B. harlandii. None of the English and American boxwood made this short list. (Excerpt from our Spring 2019 Boxwood Bulletin, Saving American Gardens from Boxwood Blight by Chuan Hong)

How are boxwood plants used in the landscape and where can they be seen?

Boxwood plants may be used as individual specimens, hedges, parterres and groups. Special uses include growth in containers, topiary, and bonsai. Boxwood can be seen growing in many public and private gardens in the United States, but most especially in the Mid-Atlantic area. The largest collections of species and cultivars can be seen at the Virginia State Arboretum in Boyce, Virginia, where The American Boxwood Society maintains the Boxwood Memorial Garden and at the U. S. National Arboretum in Washington, D. C. Care should be taken in selecting boxwood that fit the height and shape desired for the location. Back to Top

Seasonal Care. When would I plant, mulch, prune...?

Boxwood is considered to be a low-maintenance shrub, but certain practices are recommended to keep the plants healthy. Boxwood can be planted in the spring, which is also the time for monitoring insects. Inspection of plants for insects should continue in the summer, during which time there should be attention to weed control and the watering needs of the plants. The fall is the best time for boxwood planting and mulching, while the winter is the ideal time for pruning, thinning, and protection.

How do I prevent Boxwood Blight?

The American Boxwood Society also recently held a seminar on Boxwood blight, Calonectria pseudonaviculata (also known as Cylindrocladium buxicola). Click here to watch videos from the event. ABS will be hosting another seminar on Boxwood Blight and Boxwood Moth in Febuary of 2020 in Virginia. Please see our Events page for updates.

Are boxwood susceptible to other pests and diseases?

The various pests and diseases that may affect boxwood vary to some extent according to specific plant species and cultivars. Common pests include leafminer, mites, and psyllid. Each of these should be controlled if infestation is severe or intolerable. Although nematodes and several types of fungi may infect boxwood, they are not usually major threats. Boxwood decline, presumably due to the fungus Paecilomyces buxi, is limited to B. sempervirens ‘Suffruticosa’, and is not a serious problem as it was several decades ago. It should be emphasized that deer will typically not eat boxwood, as the plant reportedly contains a toxic alkaloid.

What new pests should I keep an eye out for? Boxwood Tree Moth

Box tree moths, a major pest in the UK since 2006, were spotted in Ontario, Canada in August of 2018 and have been found in several location across the US in 2021. Identification and treatment is key in preventing the spread of these pests.

Update June 2021: Board Member Bennett Saunders of NewGen® Boxwood shared the following news, "recent shipments of potentially-infested boxwood from a nursery on the Niagara Peninsula of Ontario went to a number of U.S. retail facilities in CN, MA, MI, NY, OH, SC plus a distribution facility in TN. The presence of infested plants was confirmed at facilities in CT, MI, and SC." Click here to read the full update on their website. 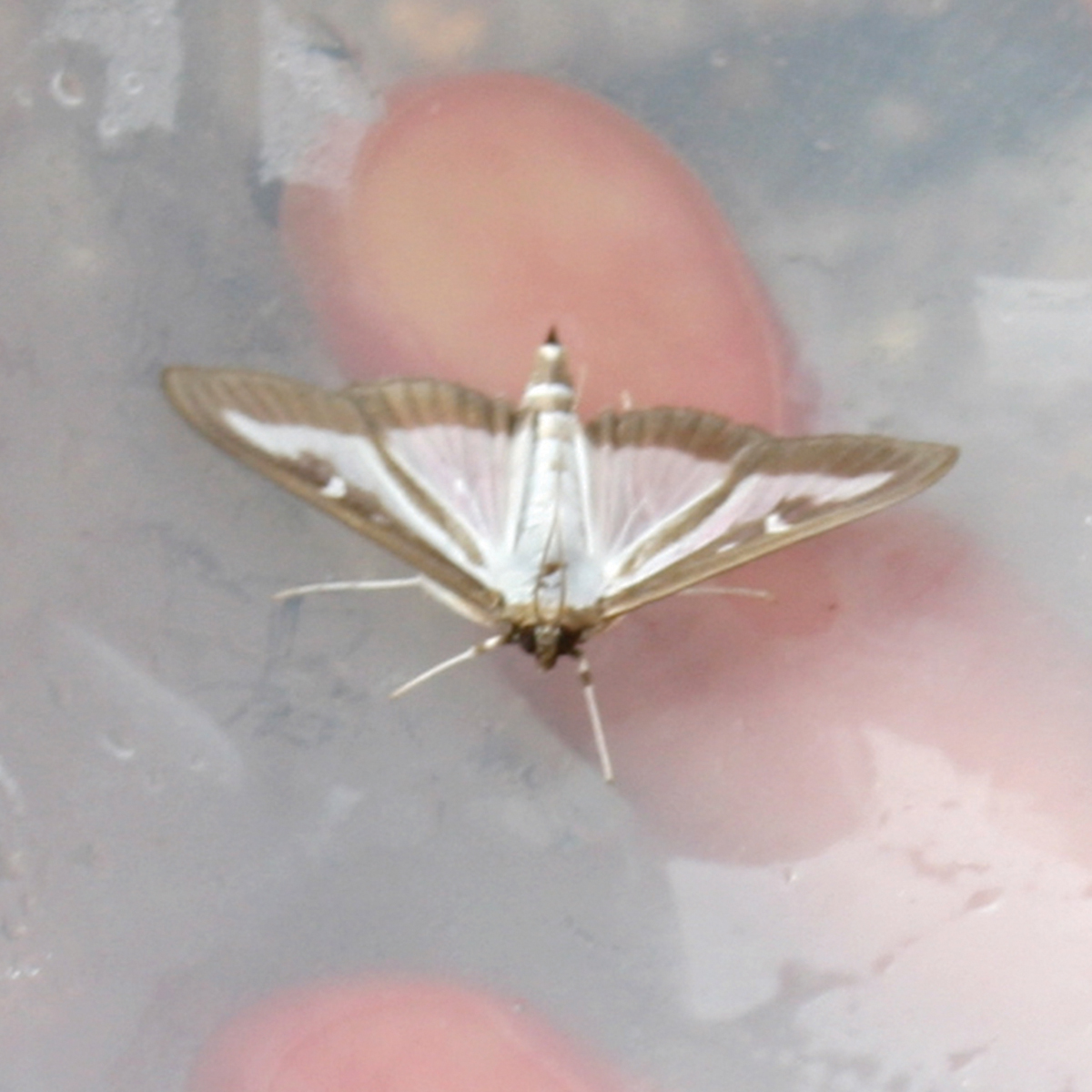 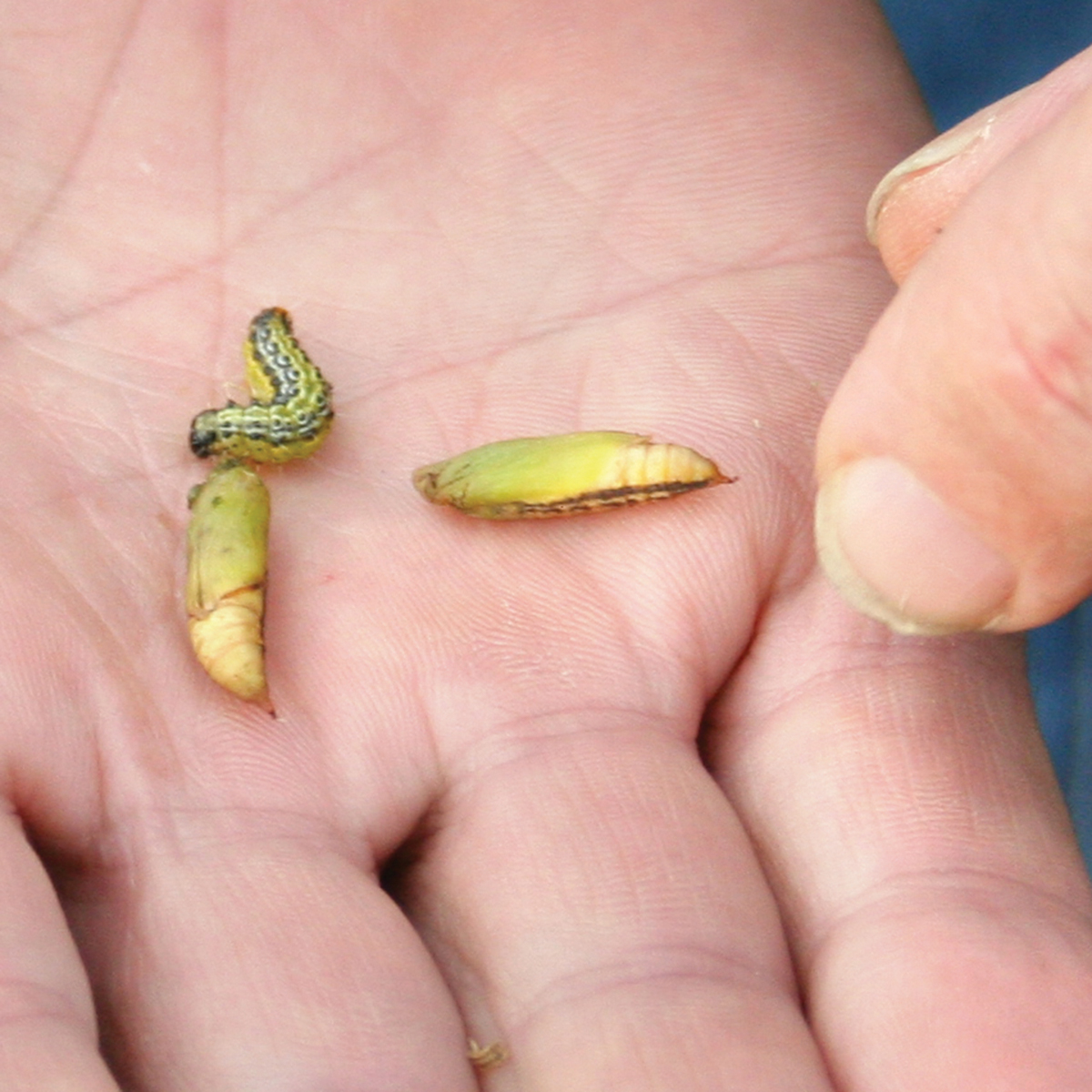 How do I know whether I should fertilize my boxwood?

There is no regular schedule to guide fertilization of boxwood. The most reliable guide to applying fertilizer is by testing the soil. Soil samples analysis by the Cooperative Extension Service will provide appropriate fertilizer recommendations for a specific site. If the boxwood begins to show symptoms of nitrogen deficiency, then it may be time to fertilize. The earliest symptom of nitrogen deficiency is yellowing of lower leaves. It will have a rather uniform yellowing, that is more pronounced on the older leaves inside the plant. The leaves then become smaller and thinner and turn quite bronze in winter. Boxwood leaves will normally stay on the plant for three years. If they fall off earlier, this may be a symptom of nitrogen deficiency.

What kind of fertilizer is best and when should I use it?

Granular, urea fertilizer with a 10-6-4, or similar, analysis will be appropriate in most situations. Late fall applications of fertilizer promote root growth and provide best results.

What is the best method to apply fertilizers?

Broadcast fertilizer around the base of the plant - just beyond the drip line. Surface application is the easiest and fastest technique. It is effective around the drip line because the most active roots are located there. Fertilizer particles that come into direct contact with the roots of unmulched boxwood can cause root bum. If the fertilizer is over applied, this will cause the foliage to brown and may even result in branches dying. This can be avoided by broadcasting fertilizers only on mulched boxwood when the soil has adequate moisture. Deep root fertilization, drilling holes and filling them partially with fertilizer, is not recommended. While it does eliminate volatilization of urea and ammonium it is not worth the effort. The roots of boxwood grow close to the surface and they do not benefit from deep root fertilization.

What does soil pH have to do with fertilizer?

The pH needs to be in a proper range in order for the nutrients to be available to the plant. The optimum soil pH for boxwood is between 6.8 and 7.5. If the pH is below the recommended range, add dolomitic lime. This lime has low oxide content and will persist in the soil for 4–7 years depending on application rates and soil type. Your County Extension Service is an excellent resource for recommendations for properly adjusting soil pH. A soil test analysis always provides the most reliable guide to determine if the pH or nutrients need to be adjusted, and to the appropriate degree.
- Excerpted from the “BOXWOOD HANDBOOK A Practical Guide to Knowing and Growing Boxwood”. Click here to order.

How are boxwood propagated?

By far the most widely used method is stem cuttings, which will produce plants identical to the parent plants. Cuttings, best taken from parent plants from July to December, should be removed from one year old branchlets and placed into containers filled with one of several appropriate media mixes. With frequent watering, rooting usually takes place in two to three months. Boxwood can also be grown by layering, in which roots develop on a stem of a parent plant. Finally, plants can be grown from seedlings, but they can be somewhat variable from the parent plant. Back to Top

How can I learn more about boxwood?

Detailed sourcebooks for boxwood are few. The most highly recommended was Boxwood Handbook: A practical guide to knowing and growing boxwood. The author, Lynn R. Batdorf, is the curator of the National Boxwood Collection at the U. S. National Arboretum in Washington, D.C. and is the ABS Registrar for the International Cultivar Registration Authority for Buxus L. Click here to order.

The Different Strains of Boxwood Blight

Presented by Paul Vincelli. Professor of Plant Pathology at the University of Kentucky.

Presented by Chuan Hong. Professor in the Department of Plant Pathology & Weed Science at Virginia Tech.

70 Years of Love for Boxwood and Family

Presented by Chuan Hong. Professor in the Department of Plant Pathology & Weed Science at Virginia Tech.

History of Boxwood Blight in Europe